Due to the ongoing Coronavirus outbreak, HKRU & World Rugby have postponed this year's tournament from April to October.

When the CATHAY PACIFIC HSBC HONG KONG SEVENS comes to town, the party lasts the whole weekend, as do the hangovers! Rugby supporters can travel the world following their sporting heroes and a visit to the annual Hong Kong Sevens is a rugby tour that is on everyone's bucket list.  A perennial favourite in the rugby calendar, Hong Kong is a non-stop, fast moving metropolis with one of the world's most recognisable skylines and a unique atmosphere that you need to see, smell and touch to fully appreciate. With fabulous shopping and dining and a wealth of sightseeing opportunities, you are guaranteed a fabulous break in one of the world's most exciting cities.

Sevens Rugby allows the big fish and the minnows of world rugby to share the same pond for one wonderful weekend as the stars of tomorrow are given a first taste of international rugby. A magnificent kaleidoscope of colour, pageantry, noise and sporting endeavour, this is 'the rugby sevens tournament' that all rugby fans should experience once in a lifetime…if not more. So put the date in your diary, dig out your best fancy dress and if you're feeling brave, immerse yourself in the carnival atmosphere of the South Stand. 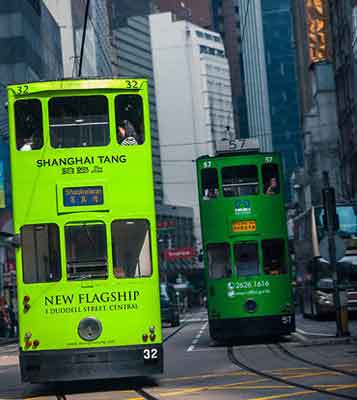 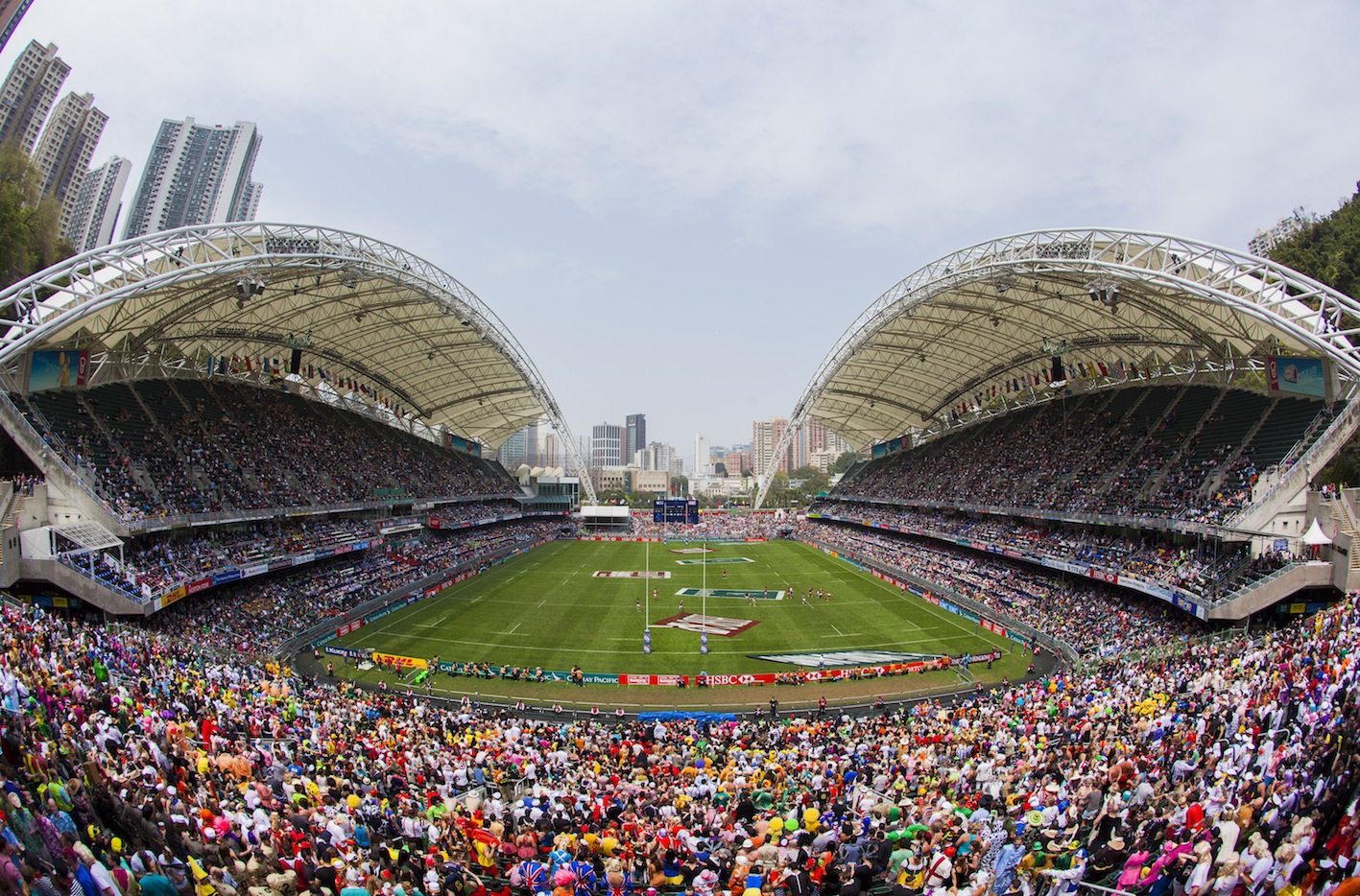 Sporting Traveller act as an agent for Rugby Sevens Holidays

• 3 or 4 nights accommodation at your chosen hotel The best way to travel into the city is by Airport Express train. Running every 15 minutes you will be in Hong Kong city centre in just 23 minutes. Cost: approx £11 each way. On your return if you are travelling by Cathay Pacific there is also a free check-in service at Hong Kong and Kowloon Stations. For more details see Airport Information.  Private airport transfers can be booked - prices available on request.

Situated on Eastern Hospital Road the stadium is just a 15-20 minute walk from our hotels in Causeway Bay. Seating in the 40,000 capacity stadium is 'free-seating' and is therefore on a first come first seated basis! To get the best seats you have to arrive early - especially on Finals day. You can buy all manner of food (including breakfast) and drinks at the stadium. 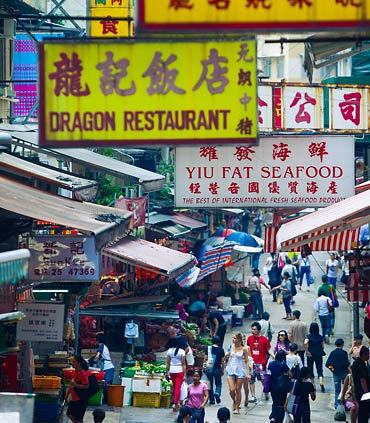 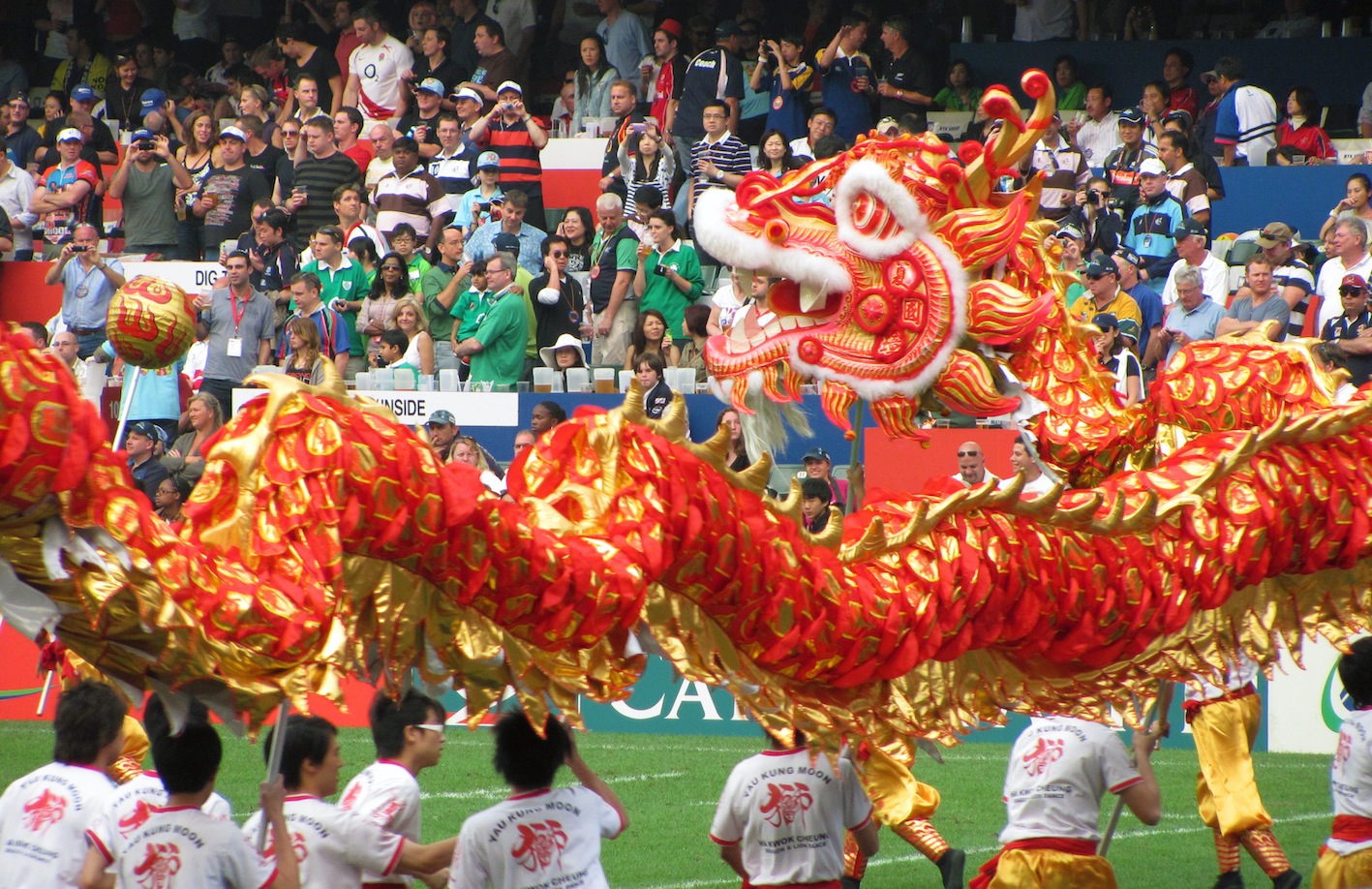 • 4-6 nights accommodation at your chosen hotel

The best way to travel into the city is by Airport Express train. Running every 15 minutes you will be in Hong Kong city centre in just 23 minutes. Cost: approx £11 each way. On your return if you are travelling by Cathay Pacific there is also a free check-in service at Hong Kong and Kowloon Stations. For more details see Airport Information.  Private airport transfers can be booked - prices available on request. 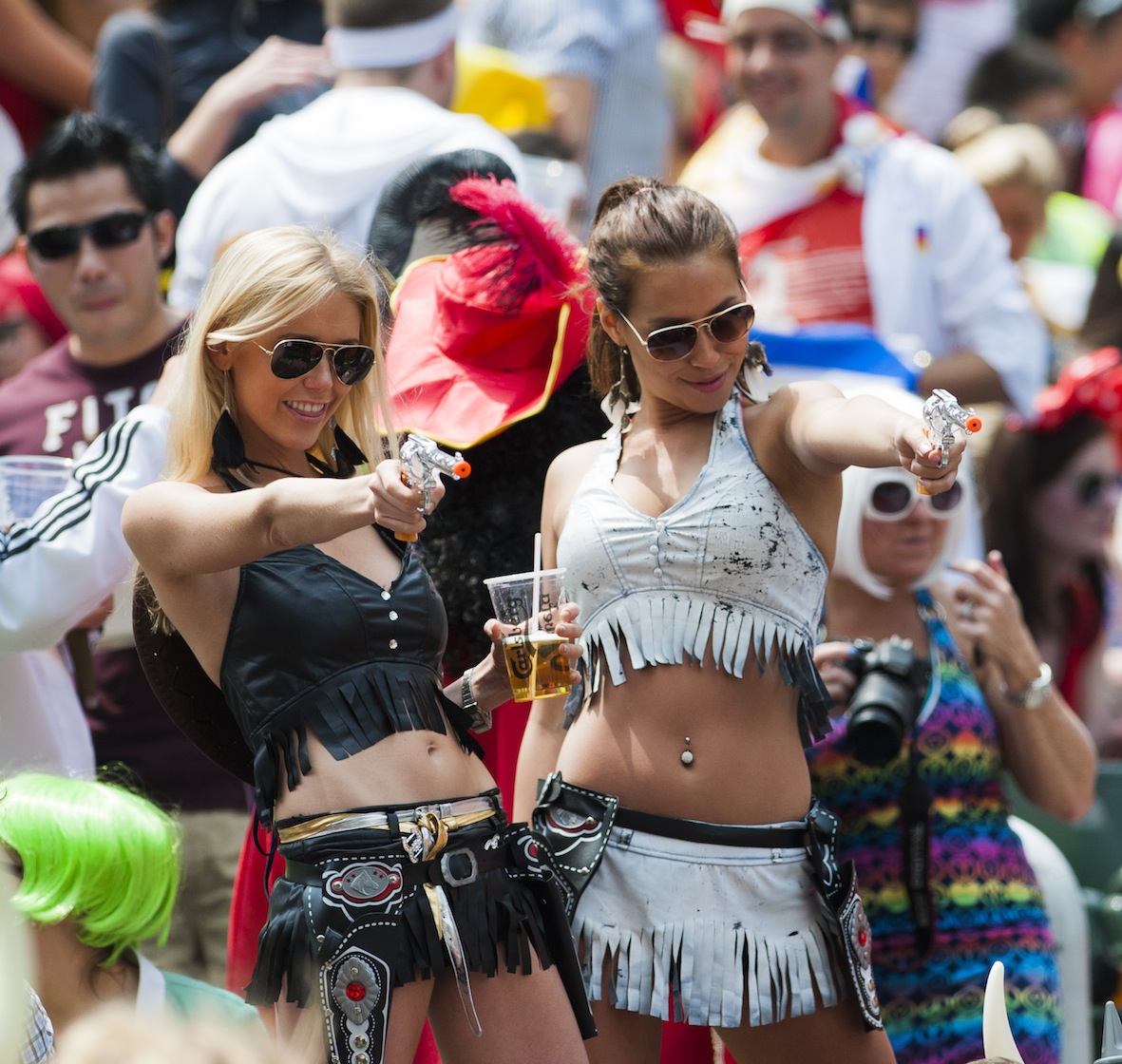 Situated on Eastern Hospital Road the stadium is just a 15-20 minute walk from our hotels in Causeway Bay. Seating in the 40,000 capacity stadium is 'free-seating' and is therefore on a first come first seated basis! To get the best seats you have to arrive early - especially on Finals day. You can buy all manner of food (including breakfast) and drinks at the stadium. 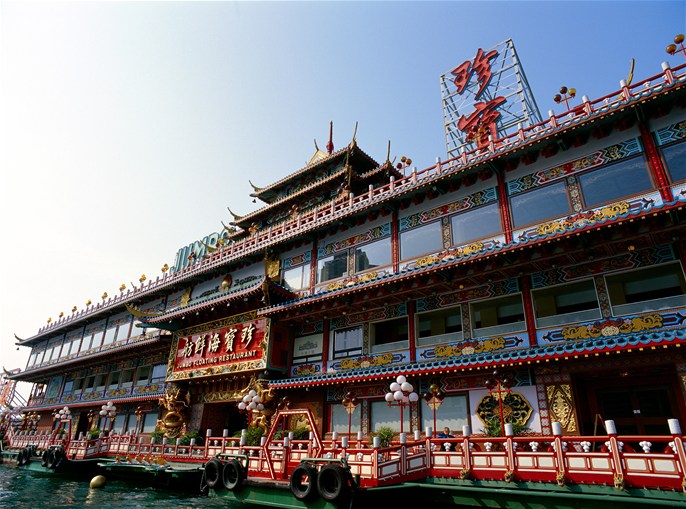 Hotels have been carefully selected to enhance your holiday experience.  At the end of the day you’ll want to freshen up and relax in a hotel that makes you feel at home.  Please read our hotel descriptions in conjunction with other tourist information for the areas you will be visiting.

The trendy iclub Fortress Hill is a select-service hotel with modern rooms, a contemporary design with plenty of glass and diffused lighting creating a refreshing and dynamic environment. The hotel is just 260 metres away from the Fortress Hill MTR Station and Causeway Bay is just a short journey away. Free Wi-Fi is available in all rooms. The Sweat Zone, an outdoor fitness facility is available to all. Note a limited breakfast is included and there is no in house bar and restaurant however, there are plenty of options for breakfast and drinks nearby.

Located just a ten-minute walk from Hong Kong Times Square, and twenty minutes from Hong Kong Stadium, this hotel is a new Gullivers favourite. Wan Chai is one of the regions oldest and busiest districts, and offers an array of shopping options as well as gourmet food. The hotels boasts a Michelin Star restaurant - Golden Valley - which serves Cantonese cuisine with a dash of Sichuan and Chongqing's spicy twist, as well as the Monkey Cafe which offers a more relaxed dining experience.

This popular hotel rises high above the waterfront and has great views over Victoria Harbour. It offers easy access to bar and dining areas in Wanchai, shopping malls in Causeway Bay and Central, and the iconic Star Ferry to Kowloon.

The multi-award winning Harbour Grand Hong Kong is a luxury property with harbour views. Located in the heart of Hong Kong island nestled amongst the shopping areas of Causeway Bay this is a great location from which to explore Hong Kong. Le 188 degree restaurant offers a 188 degree view from the very top of Harbour Grand Hong Kong. There are good facilities on offer at the hotel from the state of the art fitness centre to the 27 metre long outdoor swimming pool. 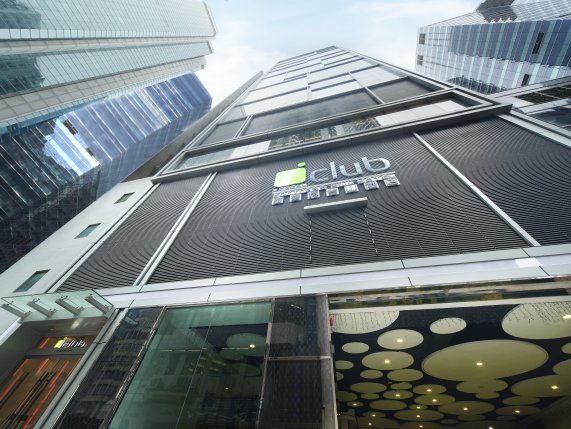 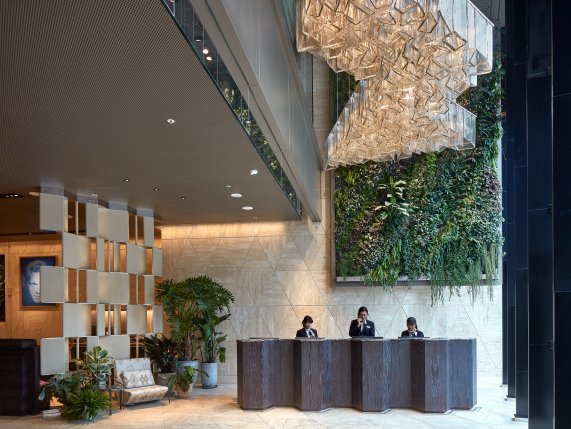 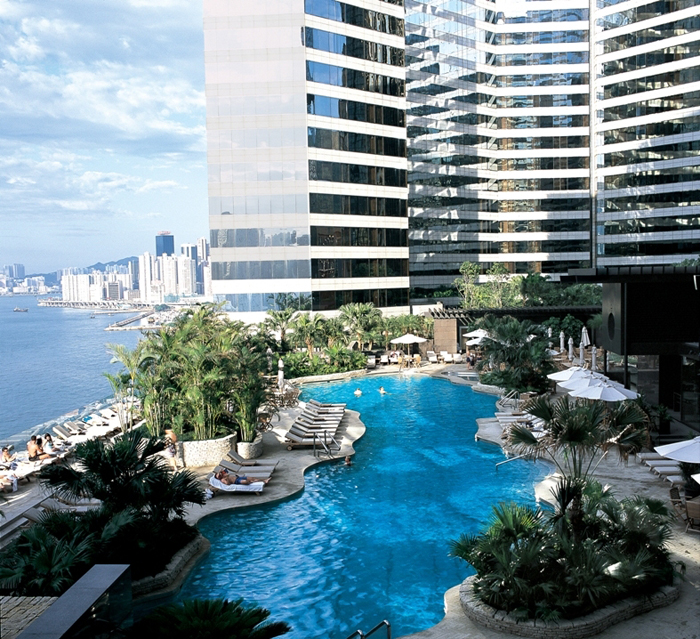 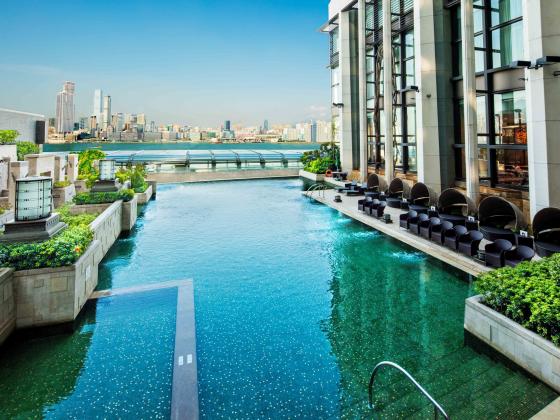 Hong Kong International Airport acts as a gateway to parts of mainland China and a convenient stopover destination for much of Asia. There is so much to see and do here, but everything is wonderfully close, ideal for just a few days tacked on to the beginning or end of a longer itinerary. Hong Kong is one of Asia’s most popular airports, maybe it's time to find out why.

When people envisage Hong Kong with its impressive skyline dominated by the glittering glass of soaring buildings, backed by green peaks, it  is most likely Hong Kong Island that they see. Home to the economic, historical and political centre, this is the city’s heart where you will discover the shopping, entertainment and commercial heart on the north coast of the island on the southern shore of the deep Victoria Harbour.

Marvel at the blend of man-made and natural landscapes from Victoria Peak above the central region of Hong Kong Island, overlooking the streets, skyscrapers, harbour and Kowloon Peninsula below. Wander through the  neon city and savour an array of peculiar delicacies such as shredded  jellyfish, the potent tofu or snake soup, before signing up for a t’ai  chi session at dawn.

Kowloon
For a city view from sea level take the Star Ferry between Hong Kong Island and Kowloon and, upon disembarkation, explore the shopping mecca  of Tsim Sha Tsui including the Harbour City shopping centre. The Kowloon Walled City Park was once the site of a Qing Dynasty military station which grew to become a large sprawling city during the 20th Century. In the early 1990s the chaotic buildings were demolished and replaced with a park, where, to this day you can still see a number of structures and relics from the city as well as the beautiful Qing Dynasty garden.

What to see
If you can tear yourself away from the rugby, Hong Kong also has a myriad of other experiences available. One of the most popular is getting the Star Ferry from Hong Kong Island to Kowloon, a nostalgic and very cheap journey but a real must-do. There's also the Victoria Peak Tram, which offers you panoramic views across Hong Kong from the top of Victoria's Peak. If you want a break from city life, head out to the outlying islands, famed for their hiking and beaches, a lovely little escape from the bustle of the city. Hong Kong even has its own Disneyland.

Getting around
An Octopus card, a card similar to our Oyster card is essential if you plan on exploring the city with the help of public transport. Cards can be bought either at the airport or from one of the MTR railway stations and can also be used to purchase things such as food and coffee in various chains and stores. The MTR itself is clean, quick and safe, with air-conditioning in the summer and mobile signal throughout.

If you want to get out of the city itself, frequent ferry services are available to a collection of Hong Kong’s outlying islands, just head to the harbour front. This is also where you’ll find the well-known Star Ferry, which takes people from Hong Kong to Tsim Sha Tsui on the Kowloon side, and vice versa.

Shopping
Hong Kong offers some of the best shopping in the world, with most goods (except wine and cosmetics) tax free. Some of the best things to buy to make the most of this are clothes, cosmetics and electrical goods. Tsim Sha Tsui in Kowloon is Hong Kong’s most flourishing luxury shopping and recreational area. It is here you’ll find Harbour City, the largest multipurpose shopping mall in Hong Kong which is famed for its designer boutiques. Causeway Bay is another great spot as it’s shops have the latest closing times in all of Hong Kong, ideal for a little late night shopping.

Nightlife
Hong Kong offers a vibrant nightlife scene, with plenty to see and do throughout the city. Whether you take a night cruise around Victoria Harbour to look back at the bright lights and epic skyscrapers of the city, or find yourself a spot in a trendy cocktail bar offering fresh and fruity delights, there is something for everyone. There are three popular nightlife areas, Central, Wan Chai and Tsim Tsa Tsui. Central is popular with expats and trendy locals, Wan Chai is near to Causeway Bay and is especially popular with those looking to dance till dawn whilst Tsim Tsa Tsui in Kowloon has a whole host of differing nightlife attractions, some aimed at locals and others for tourists.

Eating / Drinking
Hong Kong is the 'World’s Great Dining Capital', where you'll find an incredible range of Asian and western cuisines from Cantonese and Szechuan to French, Italian and even McDonalds. Apparently if you were to eat out three times a day, seven days a week, it would take about five years to try each restaurant.

Tipping
A 10% service charge is usually added to the bill. If the service has been good, add a little extra. Tip hotel porters 1US$ for 2 bags. Taxi drivers expect at least 10%. 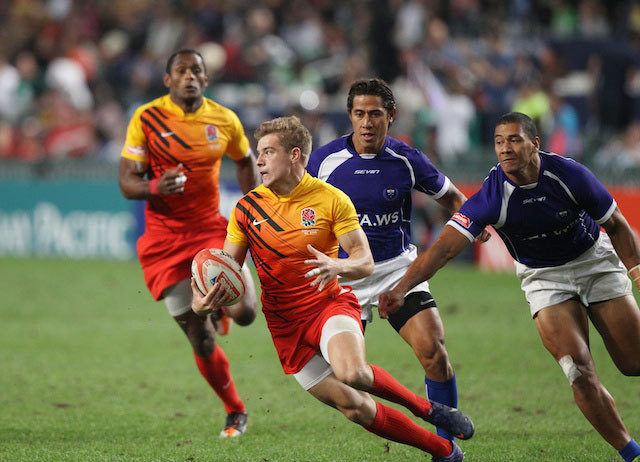 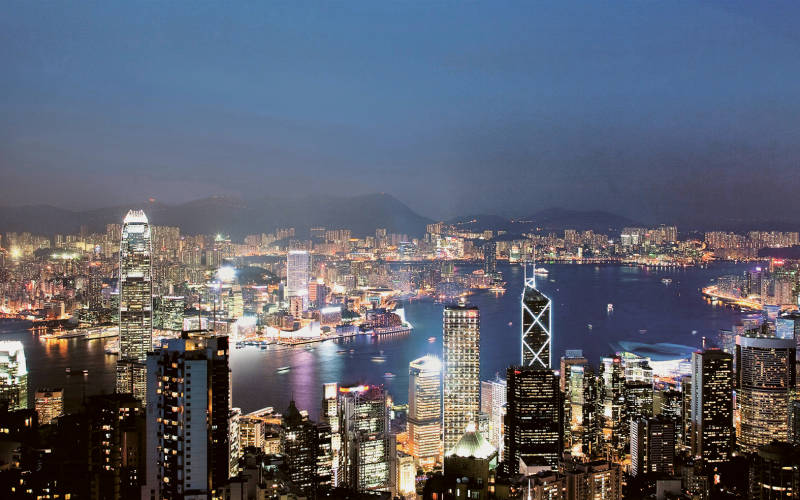 When you have chosen the holiday you wish to book, call our sales team on 01737 244398 to check the availability of the tour.

To confirm your booking we need to collect a deposit of £350 per person. The deposit amount will increase if flights are added as the full cost of the flights needs to be collected at the time of booking. Our preferred method of payment is via bank transfer, quoting your invoice number (TSTXXXX) on all payments. Credit and debit cards are also accepted.

Your final balance payment will be due 90 days before you are due to travel. The person signing the booking form will be treated as doing so on behalf of, and with the consent of, all the persons for whom the booking is made and is responsible for ensuring due payment of all monies.  Please ensure you return your signed booking form, together with a copy of the photograph page of all passports. 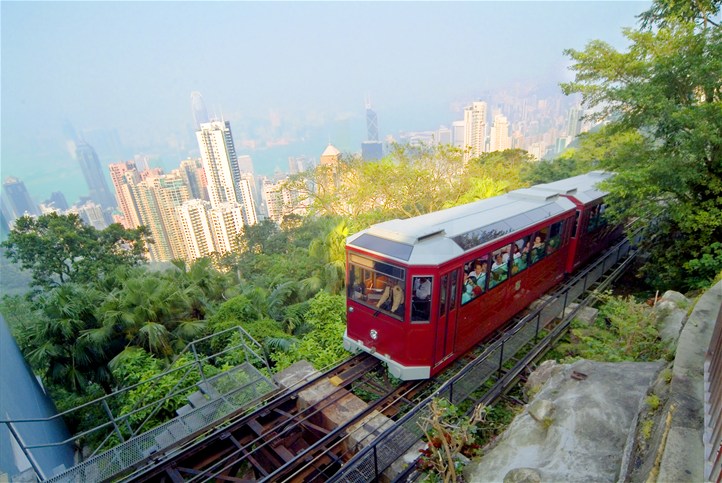 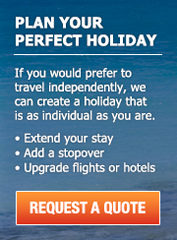